8 lessons I learned in journalism school 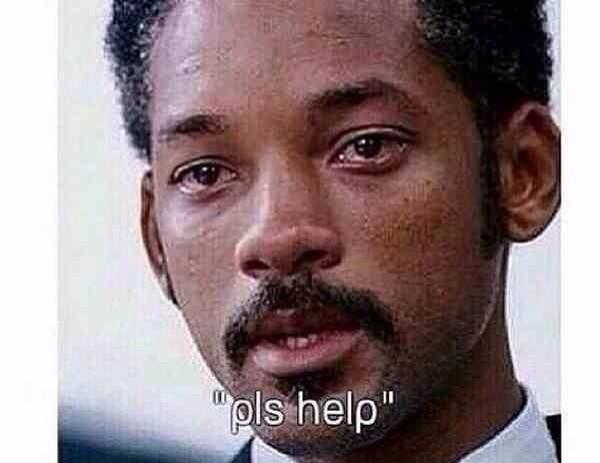 In no particular order, here are some gems (deep, trivial and in between)  I’m taking with me from this hellish experience.  Had I known them before I enrolled at the CUNY Graduate School of Journalism…I would still do it again.

“So, how’s your semester going?” This meme summed up all the feels of that third, and final, semester of school. I know several of my classmates agree!

2. Exercise happens. Despite the concern that my rear-end is expanding because I spend so much time sitting, painstakingly trying to will my brilliant thoughts onto a screen, in 500 words, and on deadline, the journalist’s hustle is a surefire workout. Climbing over chairs, or people, to get a good position at a press conference. Scurrying after strangers for MOS interviews. Running to the nearest subway station when given your latest onsite radio assignment. Walking your beat, literally, to meet people and find stories. I’ve walked the length of Coney Island, which was nice in the summer– not so much in a blizzard. And, at my school, there are free yoga and Zumba classes to offset the many pizza lunches offered.

3. Everyone’s a skeptic. But no one has a problem calling on Jesus. As a swear word, anyways. It’s a truism that journalists have potty mouths. I didn’t know this before entering j-school. To be honest, it’s still disconcerting. I guess I still have very proper standards where cursing is concerned. As a child, I thought it was only the purview of adults. As an adult, I thought surely professionals don’t curse in the workplace. I was wrong. Very wrong. That more swear words don’t make it into actual print is amazing.

4. If at first you don’t succeed…find another way. I’ve realized I’m more resilient than I thought. Rejection stings. But it is not catastrophic– at least not yet anyway.

5. Learning is fun (all-nighters and stress-induced nightmares aside). I can write, I can tweet, I can edit photos (sorta), I can record, edit, and narrate a radio piece and I have a pretty steady hand for video (even though you may not know what I’m focusing on). J-school’s cross-platform emphasis has empowered me to discover and strengthen skills in areas I would’ve thought off-limits before.

6. Introverts unite. It’s the oddest thing. The first day of orientation, I struggled to talk to my new classmates. But two days later, I was walking up to vendors at a farmers market in Prospect Park for a story. A week later I interviewed several strangers on Eastern Parkway for a MOS radio piece. I was drenched in sweat, mind you, but I went up to those folks like a (very polite) ‘G’ for the assignment. On election day, I literally followed a man walking his dog to get his thoughts on mayoral candidates. Introverts populate journalism more than I knew. But guess what, you do what you need to do to get the job done. Was I nervous approaching any interview or press conference? Yup. But I felt accomplished afterwards because the source didn’t know I was scared to approach them. Of course, I needed to decompress after each interaction, but it was worth it.

7. Trust your voice. I hate regrets. They don’t do any good unless you can legitimately learn from them and do better. One regret that I’ve had is that I doubted every single pitch. Every. Single. One. The validation from my profs that the pitch made sense was nice but I know now I need to have that confidence before and after outside validation. If I don’t trust my voice, no one else will. There are more stories I might’ve gotten published had I trusted my gut and been more persistent. I can see stories locally and nationally gaining traction now that I reported in class assignments. Did I believe in them? Yes. But I wasn’t confident enough in their newsiness to pitch and publish them and I regret that. With the intent of doing better going forward, of course.

8. There will be jobs. Reality: the journalism field is tough, but it is not going anywhere.  I understand why people are applying to j-school each year. There are people for whom breaking and sharing news is like their pulse. They have to do it. Others, like me, don’t need that adrenaline rush but draw fulfillment from finding a story and drawing it out. To share something of significance with others. So there are jobs. There’s no job security, but there are openings. And to say you have to hustle to make it is an understatement. But you have to hustle as a reporter anyways, so…

Though I’ve lost many hours of sleep, and been challenged in ways I wasn’t sure wanted, I’ve also surprised myself by what I could do, written stories on subjects and people and neighborhoods I’d never given thought to months earlier and  learned a lot about myself. So am I glad I went to graduate school in journalism? Sources won’t be able to confirm until after I complete my capstone project, but I’m leaning toward a yes!