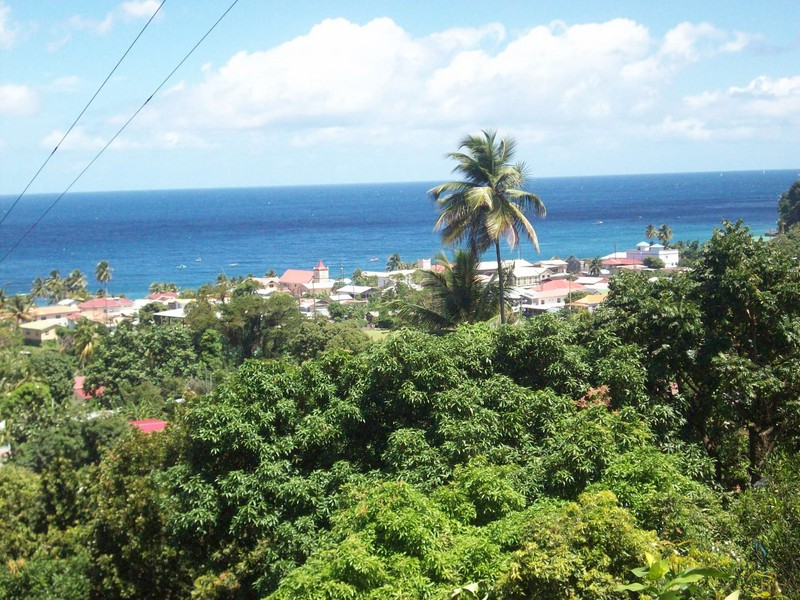 Denis Antoine is the Permanent Representative of Grenada to the United Nations. Prior to his appointment in September 2013, Ambassador Antoine was Ambassador-at-Large and Executive Director, Office of International Programs and Exchange, in the Office of the Provost, and Vice President for Academic Affairs at the University of the District of Columbia, in Washington, D.C. The following Q&A has been edited for clarity.

This year Grenada reached an agreement with the IMF for a 3-year, $21.9 million extended credit to deal with several financial issues on the island. What are your thoughts on why that agreement was important? How do you think it’ll impact economic development in the country?

When a government takes an action of this nature, it is focused on stabilizing the economy and bringing to bear the need for revenue to move the economy from one state to another. In Grenada, we are looking at [creating] a sustainable and a smart economy, one that provides opportunity and an environment for people to take risks and invest and unleash their creativity. So the [IMF agreement] the government has entered into is part of the restructuring of our fiscal policy to ensure that we have the freedom of cash flow to undertake some of the initiatives the government has in mind.

We studied it, assessed the value and we thought that it is important to go that route until the economy begins to take hold and growth begins to move in a direction that we can see that our people begin to contribute on their own initiatives.

Our economy is dependent on agriculture and a lot of remittances, the revenue generated from taxes, fees. It is limited. So we’re now looking to diversify. [Forexample],we have many unutilized agricultural lands so we put them up for development and investing in value added products. Most of the time we’ve done a lot of raw material export, we want to add value now. We want to do agro processing. So it’s in this regard the government has taken steps to stabilize a tailspin that we’ve had coming into office. It’s part of our fiscal investment policy to get a degree of solvency to build credibility. If you don’t have the right credit rating, you don’t attract the right kind of investments.

Speaking of diversifying the economic structure of Grenada, there have been some major announcements recently around the tourism industry. What do you see as the future of tourism in economic development?

Tourism has been demonstrating its capacity to be a leading sector in our economy and as we talk about sustainable development, sustainable tourism comes to mind. But the question that’s always asked is what’s sustainable tourism? I think it’s responsible tourism, it’s informed participation of all stakeholders. Sustainable tourism will speak to ecotourism, “volun”tourism; it will speak a lot to geo-tourism. This means utilizing an integrated approach. We are trying to present Grenada as a jurisdiction where you can do health tourism, where we have a very reliable school of medicine [St. George’s University], research in alternative sources of medicine, utilizing our natural resource for homeopathic studies.

We are bringing a sense of entrepreneurship to the process. Because entrepreneurship is very much a part of sustainable tourism; it has to be everybody’s business. It’s empowerment for the hoteliers, vendors, the farmers, the teachers, as it relates to educating students about the history and geography. So it’s an intersecting process that provides us with a lot of opportunities to be involved, not just the government but the community. It’s about informing participants of how they can be involved in different areas of entrepreneurship to build this economic sector. So we’re saying the preparation of our environment is part of the marketing strategy to diversify your tourism product to make it sustainable in contributing to the economy.

Has the unrest in Venezuela had any impact on Grenada’s partnership with the country, particularly with the PetroCaribe arrangement?

It has not. We are members of PetroCaribe. I don’t think the situation in Veneuzela has reached a point of disruption in our relationship. We watch with great concern and we do hope that there is peaceful and very civil resolution of the issues there. I think when a country has the challenges we see in Venezuela, we are very mindful that our proximity is obvious. We are very close physically and close as allies; there is a relationship in our being friends. And it’s not just political friends. We have family living in Venezuela, so we watch with concern but we support the duly elected process. When our people being to protest for whatever reason we want to make sure it’s handled in a civil manner. And we do think the government will exercise that kind of caution to make sure that it’s done in a civil way. But it has not had any direct impact on us.

As the United Nations prepares to phase out of its Millennium Development Goals in 2015, what issues do you want addressed in the post-2015 plans that would benefit Grenada?

There are a number of things. Women’s issues, financing for development, small island developing states concern for climate change and its impact on our oceans and livelihood as it relates to our participation. For example, the Alliance of Small Island States advocates for mitigation and adaption of climate change, but now we want to include in the equation loss and damage of climate change. [Another issue is] how countries considered mid-income countries and the gdp that is used to graduate us out of certain concessionary financing. Our role is to look at economic issues to ensure that we have an environment that does not exclude or does not provide as we see the deferential treatment based on our vulnerabilities. We want the agencies of the UN to maintain the conscious effort to engage small states different from the developed countries. One size does not fit all. So that’s what we’re talking about with deferential treatment.

We’re also advocating a lot for noncommunicable diseases (NCDs) and how they are treated in the scheme of things. While pandemics have been highlighted as politically sensitive issues, we feel NCDs have been a silent killer and we’re trying to ensure that enters the sustainable development goals (SDGs).

What are examples of NCDs [non-communicable diseases]?

NCDs include hypertension, diabetes, heart attacks and other silent killers that are not pandemics but are killing people more than you can think. They are very common diseases that are not transmitted but are so pervasive.

Okay. Back to the Grenada’s issues with the SDGs.

The issues are not new. It’s only that we want to define them in a way to address them in a different level of engagement.

We are participating in the Commission on the Status of Women, and our work is to contribute to the SDGs and make sure women’s issues are not left out of the equation. This is unfinished business; we’re going from MDGs to SDGs, realizing that not all of the MDGs were met.

This September marks the 10th anniversary of Hurricane Ivan (largest hurricane to hit the island since 1955): what were major learnings or changes developed based on that event?

We learned a lot from Hurricane Ivan. If you go [to Grenada] you may not see a lot of the scars visibly but we’ve learned how to adapt in many ways. We’ve changed some of the local policies for land use. We’ve established building codes. The self-building, for example, that used to take place, our contractors now have to register and bring their plans. We’ve identified where you can build. The whole codes for land use have been put into place. In addition to these codes, you have to build in a certain way to withstand certain hurricane force winds. So in that sense, the consciousness, the national authority on disaster mitigation has been strengthened. Our preparedness is better; we have ongoing warnings and awareness programs, in schools, to the whole public information system. We want to keep [people] cognizant of the need for preparation. During hurricane season there are ongoing public service announcements. So yes, we’ve learned a lot, we’re now more prepared for natural disasters.