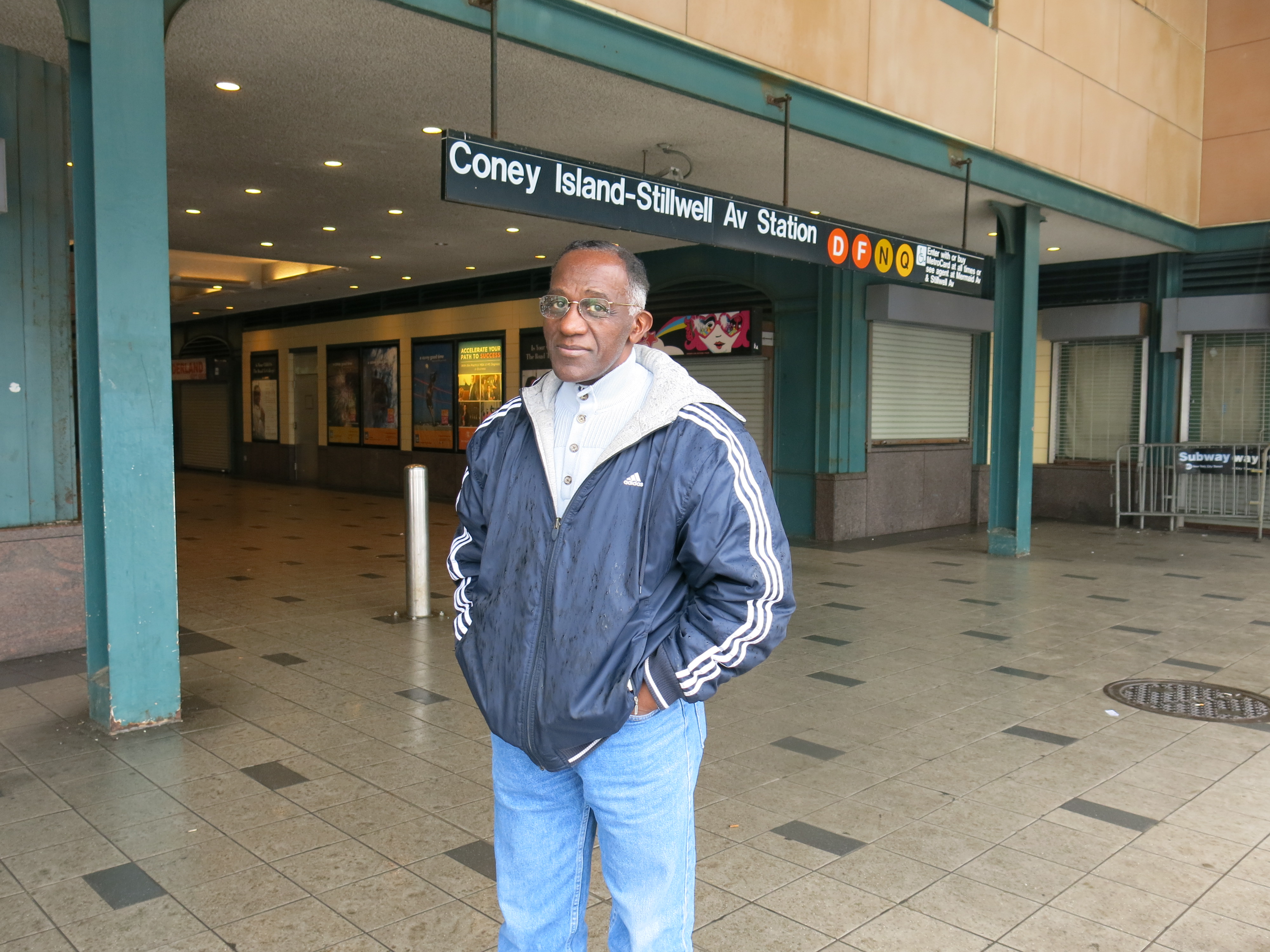 Ron Stewart, or Brother Ron as he’s known in the community, is part of Coney Island Step Up, a new anti-violence program in the South Brooklyn neighborhood [Photo: Kaara Baptiste].

Shootings in the NYPD’s 60th Precinct, covering Coney Island, Brighton Beach and Gravesend, jumped nearly 85 percent last year, spiking to 24 incidents from 13 in 2012. The incidents included two fatal shootings in Coney Island within 48 hours of Christmas Day. Community leaders soon met to discuss collaborative anti-violence efforts, including a “violence interrupter” program, modeled after ones in Chicago and other parts of Brooklyn, to keep feuds from erupting into bloodshed.

The so-called “interrupters” stay close to the streets to diffuse conflicts and steer youth toward a productive path. The Coney Island Step Up program, as it is tentatively called, just received a $15,000 grant from the city.

Ronald Stewart, a Coney Island resident since 1955, is one of these interrupters. Stewart, 63, is a New York State parole officer, serving in Brownsville since 1992. He founded Men United for Change, a mentoring program for adolescent and teen boys. Here, he shares his thoughts on Coney Island’s violence and why intervention is crucial.

Read the rest of the Q&A here at Bensonhurst Bean.