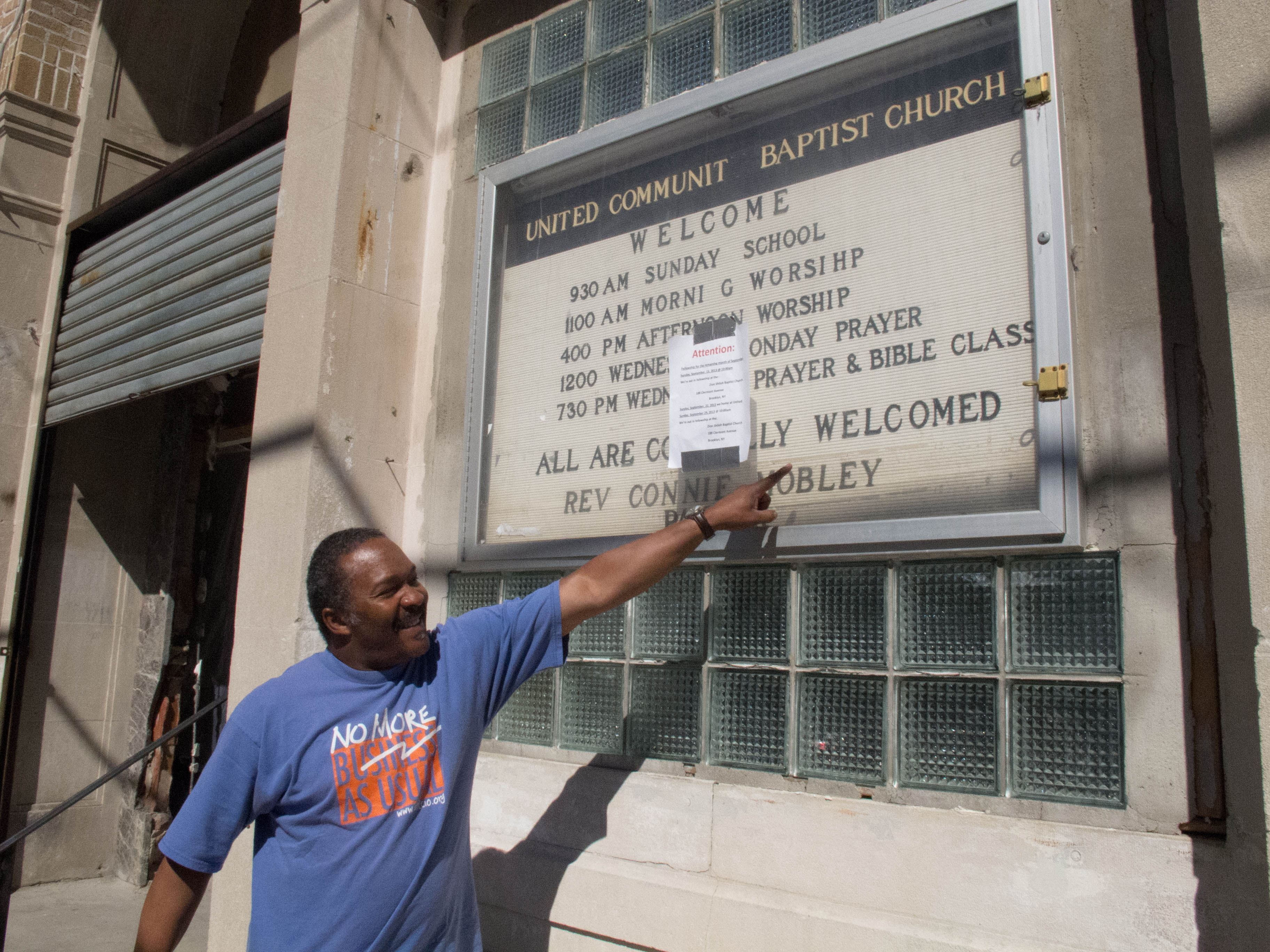 Four days after Hurricane Sandy hit, Pastor Connis Mobley arrived at the United Community Baptist Church to see an errant Mack truck lodged in the church’s front entrance. The sanctuary was submerged under 6 feet of water. A year later, the church has cleared enough debris to hold weekly services but still lacks electricity and water.

“We have worship right here,” Mobley said, standing in the empty building.

“Last winter, we had little campfires set up for service.”

With substantial property damage, the church’s lowest estimate to get up to the city’s post-Sandy building codes is $2.2 million. But Mobley said the church is ineligible for funding from the Federal Emergency Management Agency because it is a religious institution.

A year after Sandy pummeled Coney Island, some churches are still recovering. In addition to dealing with structural damage, these churches face restricted federal funding options because they are faith-based organizations. They encounter an additional obstacle obtaining loans due to the storm’s impact on their membership numbers.

Pastor Connie Hulla from Coney Island Gospel Assembly has the same problem. The church’s basement, once home to services ranging from a truancy program to a neighborhood football team, was completely underwater after the storm. But the church opened its doors, almost immediately, to become a recovery hub in the days and weeks after Sandy.

“We distributed everything from baby food to dog food,” said Assistant Pastor Bonnie James.  “We gave away cribs, bassinets, heaters, water–you name it.”

Hulla said that even as a first-responder she is on her own for funding, based on what FEMA officials told her. The church is now seeking grants and donor support towards $3.5 million of estimated damages.

FEMA’s policy places churches in a frustrating dilemma. Ineligible for federal funding, they are then encouraged to seek out Small Business Administration (SBA) disaster loans but face another hurdle: a weak financial outlook because their congregations shrank after Sandy. Decreased membership is a harsh reality as parishioners move away or, like Franchon Thomas, one of Mobley’s parishioners, they refuse to attend services in a shell of a building

“It’s like your home is disrupted,” said Thomas, 65, who no longer attends services due to concerns about the older building’s air quality. “It’s a very discouraging feeling.”

Carol Chastang, from the SBA Public Affairs Office, said churches are not treated differently than other nonprofits or businesses seeking loans. But the most common reason for loan application denials is the organization’s prospects of repaying the loan. Mobley said his church’s loan application has been denied three times because of his smaller member numbers. Thus far, 64 businesses in Coney Island have received SBA disaster loans totaling $14,000.

Earlier this year, the House of Representatives passed the Federal Disaster Assistance Nonprofit Fairness Act to make churches eligible for disaster relief and emergency assistance.  It was cosponsored by several representatives from New York and New Jersey, and supported by U.S. Senator Kirsten Gillibrand. Representatives from the Congress were not available for comment on the progress of the act in the Senate or alternative funding options for churches.

Despite the unresolved funding issues, local churches remain active, even with limited facilities. Pastor Mobley has opened his church for community giveaways of mold remediation kits and back-to-school supplies.

“You can’t just turn over and die because this happened. You have to find a way to work with what you do have.”

Pastor Connis Mobley shows the water mark left by waters after Hurricane Sandy. He arrived to find the church sanctuary flooded with 6 feet of water.

A view inside the United Community Baptist Church. Pastor Mobley’s congregation meets here for weekly services without electricity or water.

The basement at Coney Island Gospel Assembly used to house afterschool and truancy programs. Cleaned out but not restored, it now houses the large amounts of donations sent to the church for community distribution.